Funny Photos The Elephant Wants To Receive Attention, Care And Love From The Keeper

Funny Photos The Elephant Wants To Receive Attention, Care And Love From The Keeper

It’s not only humans who want love and attention and cuddles! Beyond cats and dogs, there are plenty of animals in the wild – and zoos – who need a little or a lot of tender loving care. Whether it’s a backrub or belly rub, a game of fetch or just sitting there and playing, every animal wants to interact. And if it’s a bit of playtime, then, all the better, they want to receive attention, care and love from the keeper. 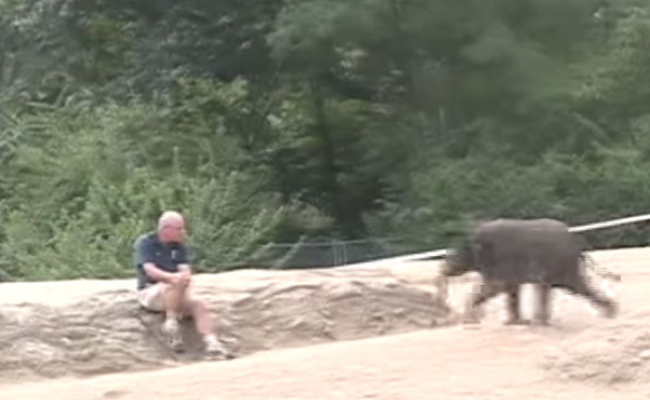 These are a really adorable photos of a baby elephant at the Pittsburgh Zoo. Her keeper, or by the looks of it her best friend, is sitting down minding his own business when she comes in, ready to frolic and play! 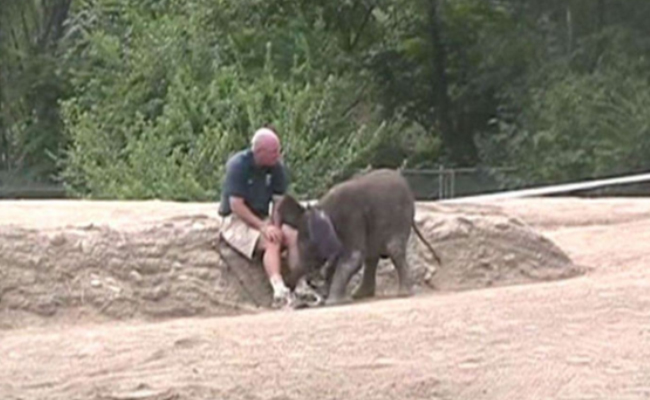 While we think playfulness and having a fun sense of humor is unique to only humans, research claims otherwise, especially for elephants. These gentle giants are very intelligent and have big hearts. They also have a lighthearted side that lends to the fun and healthy development of social skills and physical growth crucial for survival and for integration within the herd. This is also true for adapting to humans in a zoo or sanctuary.
Elephants play in a variety of ways. Not surprising, whether due to their young age and amount of energy or their keen interest to explore and learn about everything around them, the youngsters are most playful. 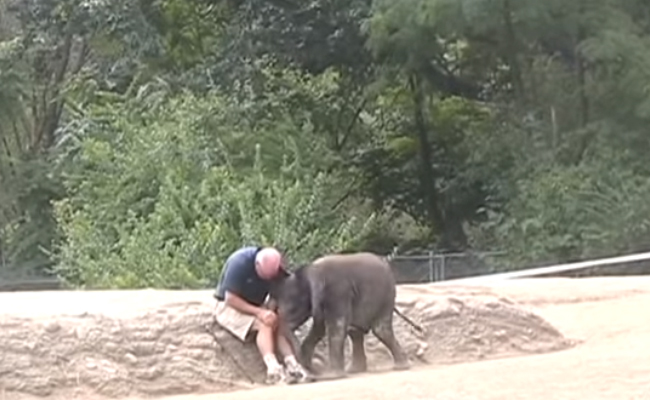 So, when this calf noticed her bored looking human sitting down and not doing much, she thought she’d go over to play and brighten his day. It’s so cute to watch her approach him unaware of how big she is compared to a human. At first, she nuzzles his leg and lifts her foot to get him up and to move. Her trunk wraps around him, and it looks like she’s trying to lift him up, saying, “Get up get up! Come play with me!” 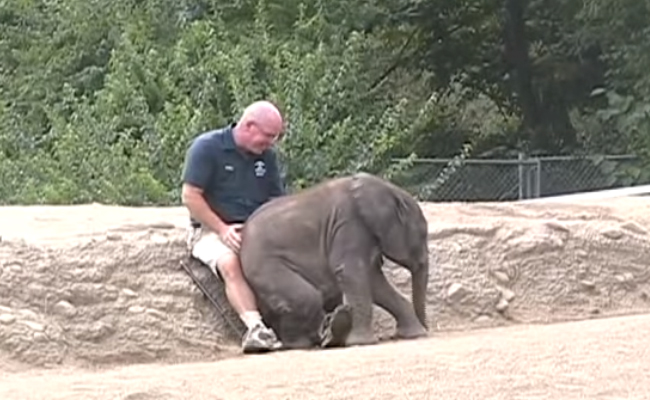 He’s not budging, so she tries a different approach. She backs up into him to sit on his lap! The baby elephant is trying to put her entire weight on him, as a way to push him to get up. She wants him to pay attention and goes on for a bit, before giving up and walking away “Forget this. You’re no fun…” she must be thinking! He leans over to give her tail a little tug, but that is the end of that. She tried. She’s off to find someone more fun somewhere else! 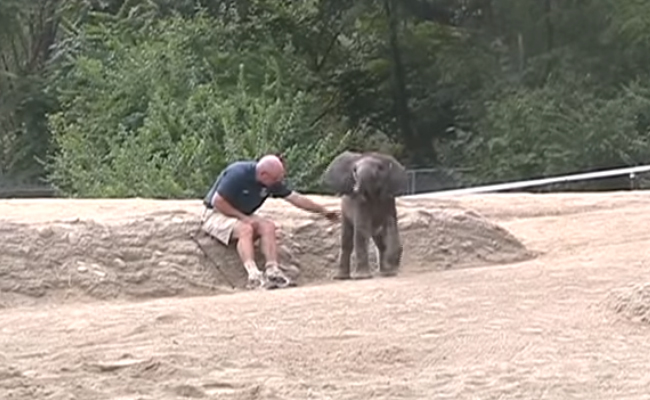 As you might expect, young elephants play the most, but this childish innocence carries through to adulthood. From a very young age, males and females have very different playing and teasing tactics. According to the study, males are likely to engage in wrestling games, while females will thrash through vegetation. Males play in order to become more relaxed around strangers, and it also gives them a chance to size-up their mating competition. Females, however, use play as one of the many mechanisms for sustaining their social, protective and leadership roles within families.