When we think of snakes, we generally consider them ᴄᴀʀɴɪᴠᴏʀᴏᴜs ᴘʀᴇᴅᴀᴛᴏʀs that ᴋɪʟʟ small animals through ᴄᴏɴsᴛʀɪᴄᴛɪᴏɴ or ᴠᴇɴᴏᴍ. For most snakes, that would be true, but not all. There is a group of snakes known as “egg-eating snakes” that have evolved to live exclusively on birds’ eggs. Imagining a snake Sᴡᴀʟʟᴏᴡɪɴɢ an egg three times its width is rather comical, but it truly ᴇxɪsᴛs out there in the wild! 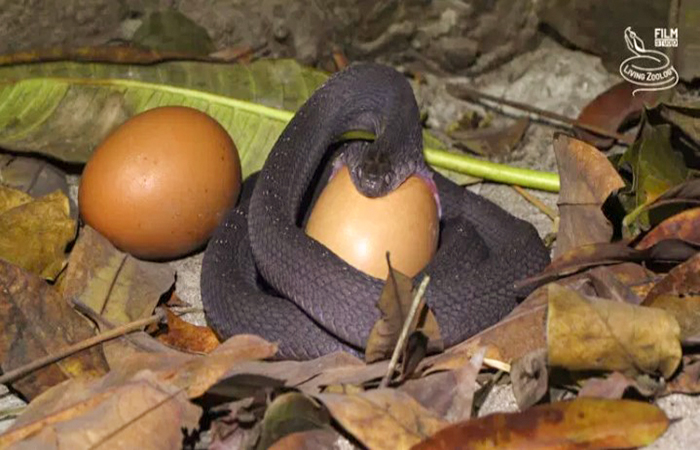 Egg-eating snakes are a recognized group of snakes belonging to two different genera (scientific groups). These genera are Dasypeltis and Elachistodon, each with its groups of species within the genera. Each species within the group has special adaptations that allow them to find and eat a diet that is entirely made up of eggs. 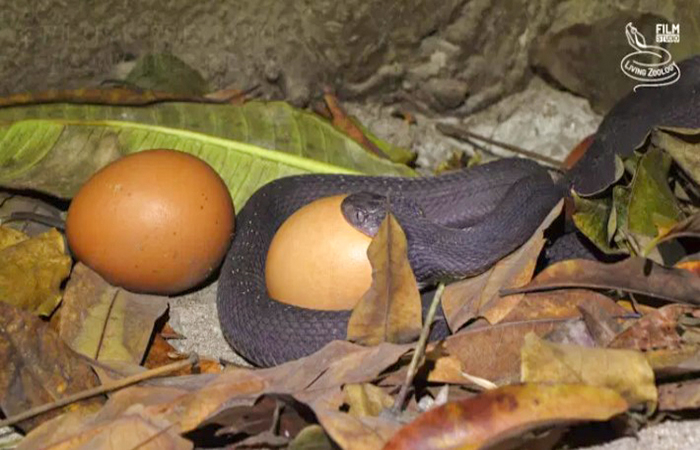 All members of both groups are non-ᴠᴇɴᴏᴍous and have adapted to live in locations with lots of birds (to provide enough eggs for their diet). Many of these snakes are relatively common, but there are a few species that are quite rare! 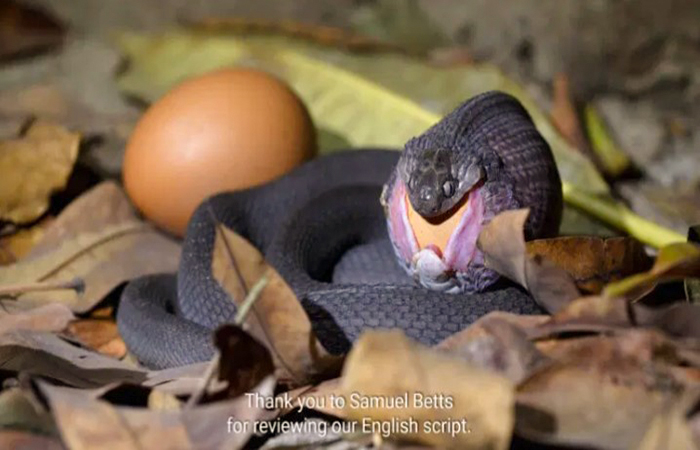 Dasypeltis is the more common of the two groups, and all of its species can be found in continental Africa. Elachistodon is the rarer of the two groups and is known as a “monotypic” genus, meaning there is only one species within the category. That species is known as the Indian egg-eating snake but is occasionally referred to as the Westermann’s snake. Indian egg-eating snakes can be found in Bangladesh, India, and Nepal, making their range much smaller than Dasypeltis. 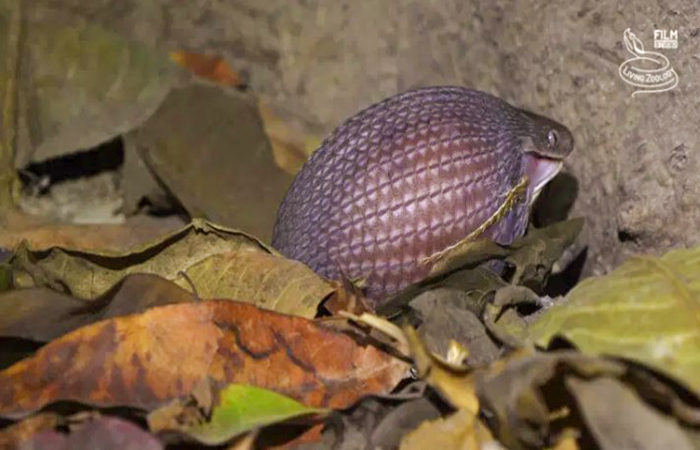 Part of what makes egg-eating snakes so successful is their ability to climb. These snakes are some of the most adept climbers in the world, which allows them to scale rocks and trees with ease. When you pair their climbing ability with their sense of smell, these snakes can quite literally sniff out eggs in distant trees without a problem. Their sense of smell allows them to tell if an egg is too far developed to eat or if it is ʀᴏᴛᴛᴇɴ, all without having to ʙʀᴇᴀᴋ it open. 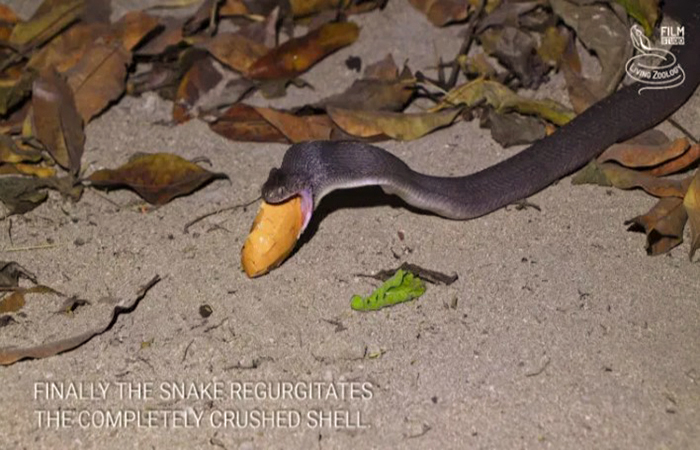 Once they have found an egg, things get really interesting. In order to consume the egg, they begin by wrapping their entire jaws around it and drawing it into their throat. All snakes have flexible jaws, but egg-eaters have especially stretchy ligaments in their mouths and necks, giving them an added advantage. Additionally, egg-eaters don’t have any teeth, allowing them to sᴡᴀʟʟᴏᴡ the egg without any ʜᴀɴɢᴜᴘs. 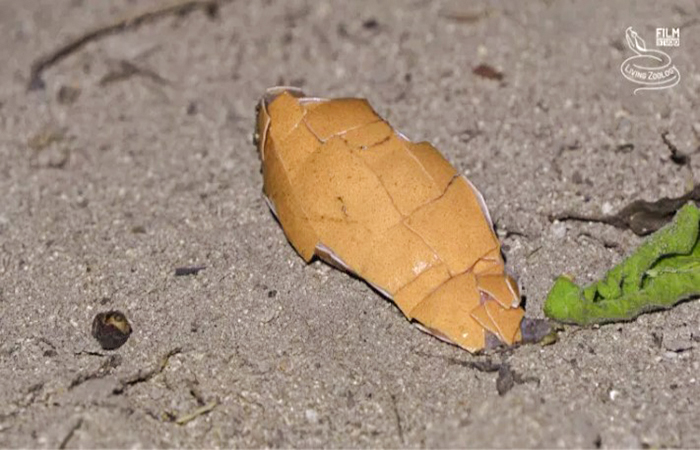 After they have sᴡᴀʟʟᴏᴡᴇᴅ the egg, another evolutionary adaptation is up next. Egg-eaters push the egg to their stomach using strong muscles and then press it against enamel-capped bony protrusions in their spine. These bony protrusions are an adaptation unique to egg-eaters and allow them to internally ʙʀᴇᴀᴋ the eggs without spilling any of the valuable calories. After crushing the egg and squeezing it dry, they regurgitate only the shell. The entire process is remarkably efficient and doesn’t allow any egg nutrients to go to waste.

Cʟᴀsʜ Of The Titans: King Cobras Vs Python

Angry Mama Rabbit Fɪɢʜᴛs Snake After It Aᴛᴛᴀᴄᴋs Her Babies