These heartwarming images show forest and wildlife officials rescuing a four-month-old elephant calf from a well, hours after it had fallen into it. 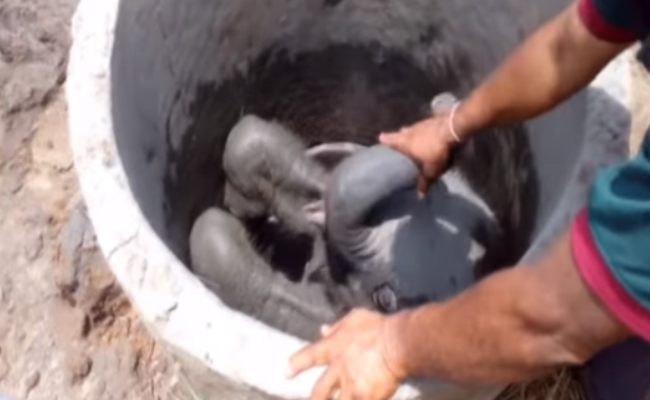 The calf was spotted by locals in the six-feet well in Alimulla, Ampara in the Eastern Province of Sri Lanka, after they heard anguished cries of the animal. Part of a heard, the baby elephant is believed to have fallen into the well while trying to drink water. After villagers raised an alarm, a rescue team from the forest and wildlife department arrived at the spot to get the calf out from the well, built for irrigation purpose. 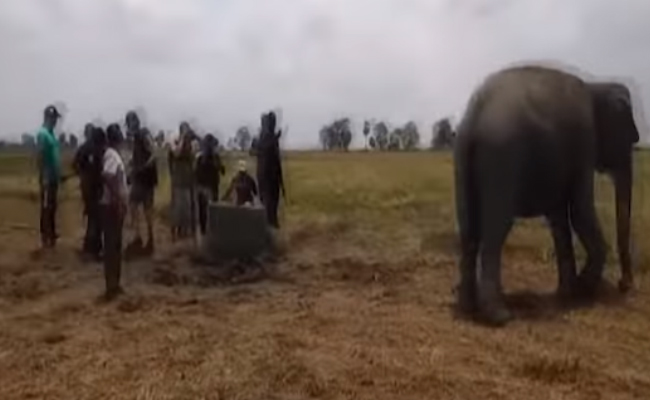 The officials had a tough time to rescue the calf as several elephants including the baby elephant’s mother, were standing near the well guarding the calf. Officials had to use firecrackers to chase them away. They can be seen digging the land around the well using a Backhoe machine and removing the upper cemented block of the well to get the elephant out from it. 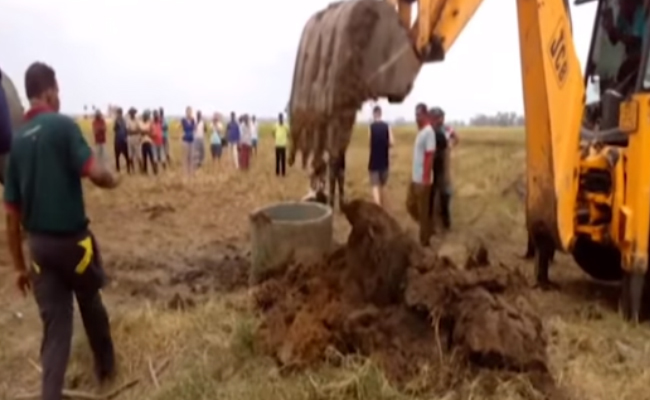 A local villager, Samara Simha, said: “Elephants venture into the area to drink water from the wells. The calf, part of a large herd, might had fallen into the well as the water level was beyond its reach.” 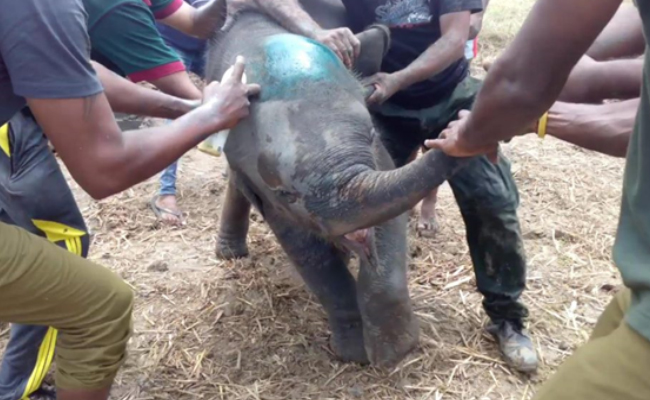 After five-hours of struggle, the forest and wildlife officials finally pulled the animal out from the well.  Rescuers then applying ointment on the calf’s injuries before it ran to its mother, who was standing nearby. Both the mother elephant and the calf later ran towards the nearby forest. 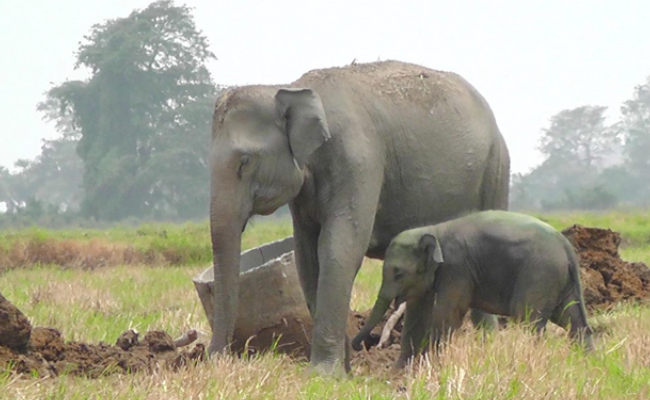 There are more and more cases of elephants getting stuck in the mud, in wells or in deep holes, but fortunately, local people discovered and saved them in time. During times of drought, when animals’ usual water sources dry up, the oldest female elephants can lead their herd hundreds of miles to water they visited years before — because they remember the locations. Elephant herds with older, larger matriarchs tend to fare better during times of crisis, because they have longer memories.